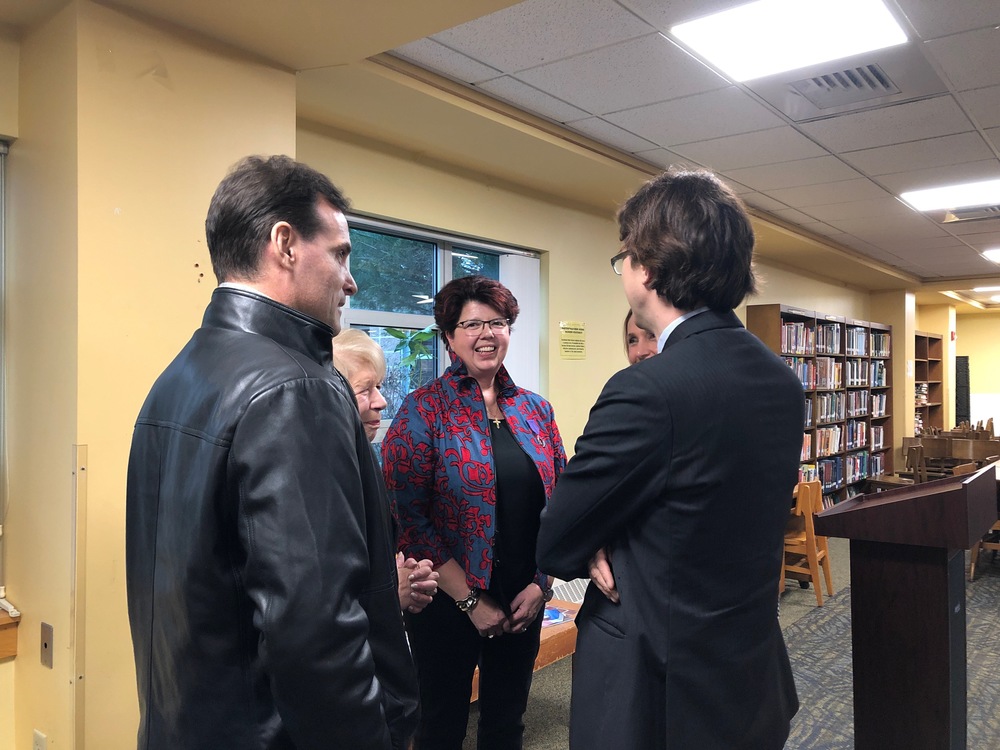 The Palmes Acad émiques, awarded by the French government, recognizes those who have rendered eminent service to French education and have contributed actively to the prestige of French culture.  This award was bestowed upon Margarita Dempsey, SHS French teacher, by M. Arnaud Mentre, Consul General of France in Boston, at a ceremony on November 26, 2018.

For those who are named and promoted in the Order of the French Academic Palms (l’Ordre des Palmes académiques), this esteemed distinction acknowledges their merits, talents, and exemplary activities.

Napoleon I first created the palmes académiques as an honorary title to recognize members of the University in 1808.  The academic palms became a decoration in 1866, under Napoléon III, at which time the honor was also extended to non-teaching persons who had rendered illustrious service to French education. Thus, the academic palms is the oldest non-military French decoration.